What’s in a name? Why teasing your child could be detrimental

As parents, sometimes we mutter things under our breath and regret them instantly.You know; the whispered sneers, the subconscious mocking of our child’s ability to perform tasks we could’ve done blindfolded at their age – things we wouldn’t want our little darlings to hear in a million years.

You know; the whispered sneers, the subconscious mocking of our child’s ability to perform tasks we could’ve done blindfolded at their age – things we wouldn’t want our little darlings to hear in a million years.

After all, surely it’s our job to protect our offspring from jeers and name-calling if we want them to be strong and confident in their abilities.

But a few weeks ago one British mum hit the headlines for discussing how she calls her eight-year-old son Josh a “retard.”

Sian Isaac’s boy has Downs Syndrome and she believes using the word around him will help him “laugh at himself” as he gets older.

Explaining how she used the term before Josh was born, often calling his older the brother the name, she says she uses the word to everyone around her but doesn’t do it “offensively.”

Speaking to The Daily Mail, she said her son would have a “lot thrown at him when he is older” and she is just being realistic not changing her vocabulary around him. She believes it will make her son stronger.

But will it really?

Not according to Clinical Psychologist Doctor Beck.

She explains: “There is no scientific evidence that taking the approach of name-calling improves resilience. Conversely there is much evidence on that there is a negative impact of parental criticism on the child’s development. Name calling is essentially criticism, which can contribute to the development of low self-esteem and a range of mental health disorders. It is on [the] spectrum of emotional abuse.

“Of course, there can be huge variations in temperament between children, including between siblings. For some children name calling will not be as hurtful as for others. Regardless, it is invalidating, and even if it appears not to hurt, we all have a tendency to remember and cling to negative events and criticism about ourselves.”

While accepting that the mother may not be using the word with cruel intentions, Dr Beck believes failing to change her vocabulary could serve not to prepare her son for the real world but “perpetuate attitudes of stigma and abuse.”

She adds: “The reported motivation is to enable him to laugh along with others. Isn’t this teaching the child to respond to discrimination and abuse with passivity and subjugation while confirming harmful attitudes of others? Isn’t it better to strengthen your child against the unpleasant people of the world through using more positive language and advocating for their human rights?
“Another perspective is that some oppressed groups have radically ‘reclaimed’ derogatory terms. This needs to come from the group themselves. As a mother as someone from such a group does she have this right, and is it her intention? I am not convinced that she does, or it is.”

Iranian/ American mum Hosna Rehan says she is still teased by her mother and it hurts.

“I have a good relationship with my mother and I know she really loves me but she always jokes that I can’t cook, that I’m overweight, all kinds of things. I guess she does it to make me tough but I’m 35 and still sensitive and it hurts and embarrasses me but I always laugh it off so as not to make things uncomfortable. It’s something I’ve really noticed since having a child and I make a conscious effort not to tease my daughter.”

British mum of two Kate Morris says she often mentions her one-year-old daughter’s size to others. However she says it’s something she’ll make a conscious effort never to do as she gets older.

Describing how she has always struggled with her weight and has suffered with eating disorders because of it, Kate admits that even she was pregnant and saw her daughter on a screen at the scan she started “overthinking things.”

She explains: “Her weight is something I laugh about with other people and has become a Facebook joke but it’s not something I say to her now, even though she doesn’t understand. It’s like I don’t want people to think I’m not aware she’s chubby. And I always add ‘she’s always been like that’. I guess it’s more as she grows up that I will struggle not to give away that I’m tense about her weight and am able to give her a healthy attitude to food and diet when I don’t have that for myself.”

Dr Beck says it’s important Kate tries to stop worrying about what her daughter looks like.

She adds: “Doesn’t calling a child something like ugly or fat undermine the intention of making them resilient to name calling, through highlighting a perceived flaw and painting it as some real and important defect?

“There is a difference between critical name calling and your child being ‘in on the joke’ so to speak. Siblings who rib each other can learn to read sarcasm or teasing accurately and know the difference between this and bullying.

“The child has to feel validated and a sense of belonging with the parent to be ‘in’ on the joke and feel okay about it. However even then the joke, in my opinion, should not be so personal as attacking the self-concept. I remember reading once that it’s OK to make fun of what I do or what I like, but not what I am.”

Tips to boost their self esteem

If your child struggles with self-esteem and you’re trying to boost their confidence ready for the “real world,” forget calling them names, advises Clinical Psychologist Doctor Beck. She shares a few tips on encouraging your children to be bright and bold:

• Forget looks – focus on their skills.

Dr Beck says: “It is possible to develop a child’s self-esteem positively by calling attention to desirable attributes, skills and behaviour and showing them you value these. For example: “I love this picture you drew – how did you do that?” “You were so kind to Bobby when you shared your toy with him, I am proud of you.”

“Validating their emotional states is critical to a child’s well-being. Dismissing or minimising their emotional reactions as unimportant or silly teaches a child to invalidate themselves. Teaching them about emotions, acknowledging their right to have them, and allowing them to express them appropriately will help them to develop good emotion management skills.

• Don’t be a perfectionist

“Talk to your children about bullying – why people bully, why it does not make them bad or defective and that it is not their fault they are bullied.”

• Give them age-appropriate autonomy

“Parenting should be appropriate to the age they are at – focusing on developing the skills they are realistically going to need next. For example, at age five you are not preparing them for the real adult world then, but they need to be prepared for school. They need to have skills in dressing themselves, be prepared to learn to write and understand that other children can say mean things sometimes.”

• Teach them it’s OK to try and fail

“In order to build resilience to failure or difficult feelings, children need to hear that some things need to be tried and learned and you shouldn’t avoid everything that feels difficult or unpleasant. Colluding with avoidance – they will never learn. Show them that you’re not expecting perfection, you want them to have a go.

• Don’t wrap them in cotton wool

“Fostered dependence or not allowing them to develop coping skills for what life throws at them is wrong. There is the anecdotal example of the sports day where all the children cross the finish line together. The reality is someone is always going to be faster than you.”

This article was first published in https://english.alarabiya.net/ 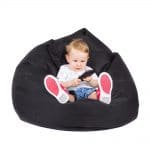 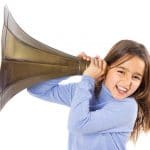