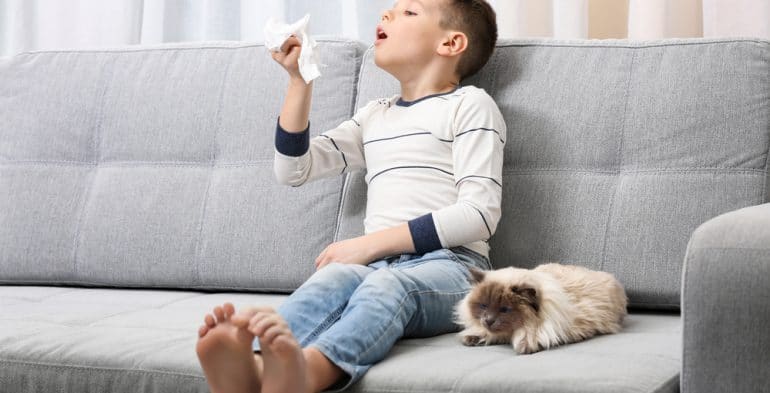 Some of the most common things people are allergic to are airborne and blown around in the air we breathe:

Millions of children worldwide are affected by a food allergy and just about any food can cause this. However kids are fine with most foods, here are some of the common foods that cause allergies.

If your child is allergic it is probably caused by lactose and you should by lactose free dairy products or stick to goats milk.

Some Children also have what are called cross-reactions. For example, kids who are allergic to birch pollen might have symptoms when they eat an apple because that apple is made up of a protein similar to one in the pollen. And for reasons that aren’t clear, people with a latex allergy (found in latex gloves and some kinds of hospital equipment) are more likely to be allergic to foods like kiwi, chestnuts, avocados, and bananas.