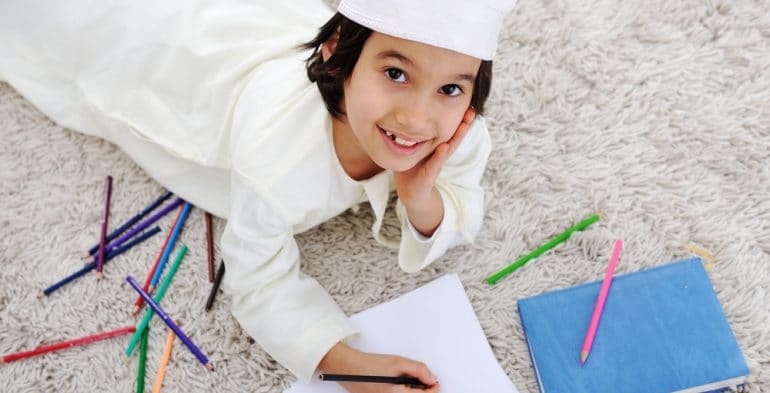 Here’s the second story about Tariq from  Baby-Arabia.com to help you deal with your child’s fears on their first day at school.

Today was a big day for Tariq, it was his first day at school. He thought this would be great and he had helped his mummy pack his bag. He took a coat in case he got cold, an apple in case he was hungry and his favorite racing car. Well he had to take his racing car, in case it got lonely!

Tariq’s mom had told him he would only be there for a few hours and he would be able to play with his car and draw lots of pictures and have a story. Tariq had been so exited and had not cried when he said goodbye to his mummy, but instead ran into the classroom to meet all his new class mates.

But now he wasn’t so sure. All the other children knew each other and he felt a little lonely. No one wanted to draw and paint cars like he did at home. It was horrible – his teacher had started the day with writing! Tariq could write his name, which his mommy said was clever, but he didn’t really like writing. He wanted to draw and play.

The other kids on his table were mostly girls too. Tariq didn’t really know much about girls. His cousin Hadil was a girl and she was really nice but she was old, at least 7, and liked drawing dresses and outfits. Tariq couldn’t understand why she didn’t like cars!

Tariq thought he would tell the girls on his table all about his Dad and how he was a clever doctor at the hospital but the girls wouldn’t listen and laughed at him. Tariq felt sad. School wasn’t as much fun as he thought.

Soon it was break time and Tariq felt really lonely. All the other kids were playing together and laughing but Tariq was by himself. He wondered around the play ground feeling very sorry for himself and wishing he was at home with mummy. He decided that he didn’t like school at all and tears started to form in his big brown eyes.

But just as he thought he would start crying , Tariq felt a tap on his shoulder.

“I’m Tariq..” he said a little unsure of himself, “I like racing cars”

The owner of the voice was a little girl with black hair and wearing a bright pink dress. She had a kind face and was smiling.

“Do you?” she said “I love racing cars, my dad has got a really fast car and he takes me for really fast races!”

“Oh .. “ said Tariq “My dad works at the hospital a lot, so I don’t see him very much, but he watches racing cars on the TV and he sometimes let’s me stay up late.. Do you want to see my racing car?”

Then Tariq remembered he didn’t know the little girls name “What’s your name?” he said “I don’t know many girls, but you’re nice.”

“I’m called Moneira” said the girl “and I’m new at this school. I  think we should be friends.”

“Moneira? That’s a pretty name” said Tariq, remembering his mummy said he should always be nice to other children, “I would really like to be your friend, I’m new too!”

Tariq and Moneira played together all play time and pretty soon they started talking to the other children.

When Tariq’s mom came to collect him at dinner time, Tariq had forgotten all about not liking school.

“Did you have a nice day?” his mummy asked.

“Oh yes mummy, can I come again tomorrow? I want to show Moneira my aeroplane. Her daddy flies helicopters… they go Zoooom ..But they’re not as fast as my racing car!”

Then Tariq ran off zooming his car and looking forward to school tomorrow.

His mummy smiled, because she was happy too.

If your children liked this story you can read about more about Tariq here.

Lots of other stories about Tariq coming soon!! 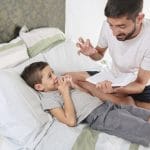 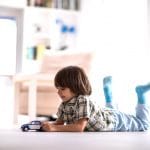