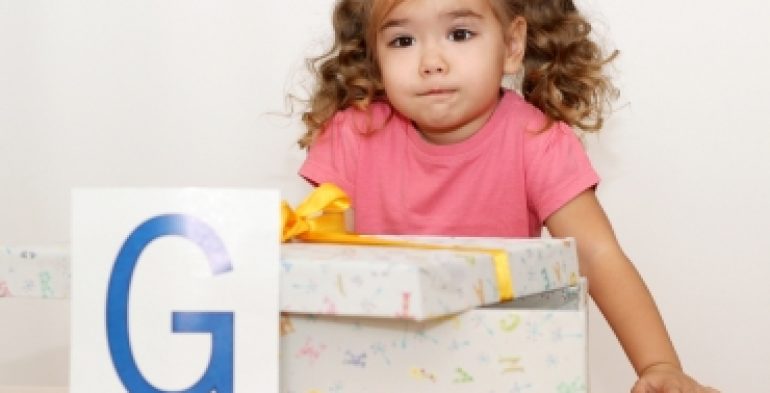 Toddlerhood is a notorious period of child development, known for the puppy-like stages of early childhood featuring frequent falls, tantrums, the terrible two’s and potty-training. A lot happens during the toddler months.  After all, children remain toddlers for around an 18 month period! That’s a significant chunk of time that takes up half of the first three years.  Not to be underestimated over, this is not a time to be over-feared by parents, it is an opportunity to embrace and capitalize on helping your child blossom!

The language explosion is a period of child development during which vocabulary and grammar combine into a veritable mind-blowing experience that transforms your baby into a child, seemingly overnight.

Until then, a toddler without mastery of expressive language can be a parent’s worst nightmare. It really can be as simple as a child who is frustrated by his or her inability to tell you what they want that results in the challenges of tantrums and bad behavior. Thanks to the research that has come out of the world of special needs education, we have learned a few tricks to help augment a child’s early ability to communicate. Below are a few tips!

Infant sign language is touted as being a miracle worker.  It helps babies as young as 4 months signal “more”, “milk” and “hurt” … what could be better than to know what your little one needs?  So what if you didn’t start signing right away?  It’s not too late.  Start with just a few basic signs with your little one.  Reinforcing them throughout the day, introducing new ones a few at a time, and using them yourself will help facilitate their adoption. Imagine if your child could ask for a snack or drink rather than throwing themselves on the floor for it?  Or perhaps they’ve got something upsetting they can’t express, but a little nurturing would suffice?  Sometimes being understood is enough.

Talking to yourself is underrated …especially when you’ve got toddlers! By simply talking to your child about what you’re doing, whether it involves them directly or not, you’re modeling for them that language helps us make decisions and think things through. Language is a relationship builder too. Share with your child,”We’re going to get dressed now!” and follow through.  Increasing the predictability of a child’s day can decrease anxieties and calm a child.

First and then are some of the most common concepts we work with in our everyday lives and yet we very rarely discuss what happens when. Children internalize what we say, as well as our example. By using time order words such as “First we’ll take a bath and then we’ll have a snack” we can appeal to our child’s mastered concepts of first and then, and can quell many demands.  Imagine your child wants to go to the playground, and he’s lost his mind and wants nothing else. Imagine he’s flung himself on the floor and won’t put on his jacket or shoes. Then you say,”First we put on our shoes, then we go the playground.” This is a powerful tool.

A child who has a need for language not mastered yet may also benefit from augmentation using cards!  Simple cards that a child can choose and hand you to indicate a choice of food, activity or other variable, completes the cycle of communication.

When you’re caring for your child you’ll notice many opportunities to use the above methods of integrating language into your conversations with him. You can also lend him your language. For example, while you’re feeding him his morning cereal you can say, “I like cereal, mama! I want more, please!” Then, when he’s starting to get upset, you can easily say, “I want to go to the playground mama!” Knowing that you are receiving the message he’s sending will go a long way to helping him calm down and go with the flow of putting on his shoes!

So, as your infant emerges from the sleepy respite of babyhood and into the loud, clumsy years of toddlerhood it’s helpful to bear in mind the strong elixir that language can be.  Easing him or her toward using language to understand and be understood can transform your experience as a parent and enrich your relationship! 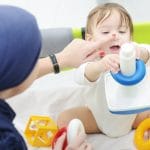 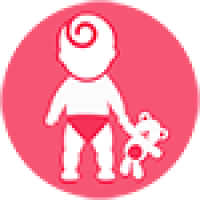 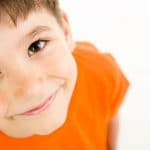 Development
How Does a Child’s Memory Develop? 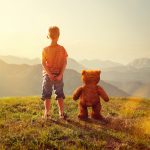 Development
How Do I Deal With My Child’s Imaginary Friend?

Development
When Can My Child Start Bathing Themselves?