Your child has a nose bleed! 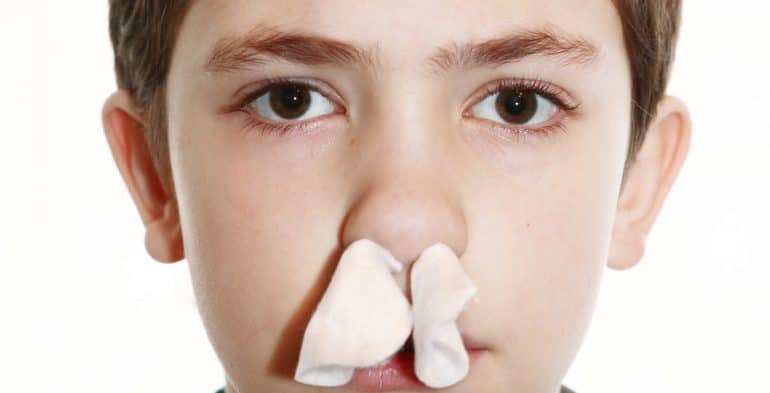 Nosebleeds – symptoms – causes – what to do

Nosebleeds are not normally serious and can be treated at home.

During a nosebleed, blood flows from one or both nostrils. It can be heavy or light and last from a few seconds to 10 minutes or more.

Your child will most probably be fine and there are no special treatments or home remedies for children that are different to those used in adults.

See a doctor if:

Your doctor might want to test you for hemophilia or for other conditions such as anemia.

The inside of the nose is delicate and nosebleeds happen when it’s damaged. This can be caused by:

Nosebleeds that need medical attention can come from deeper inside the nose and usually affect adults. They can be caused by:

Sometimes the cause of a nosebleed is unknown.

Certain people are more prone to getting nosebleeds, including:

How to stop a nosebleed yourself

If doctors can see where the blood is coming from they may seal it by pressing a stick with a special chemical on it to stop the bleeding.

If this isn’t possible, doctors might pack your nose with special sponges to stop the bleeding. You may need to stay in hospital for a day or two.

When a nosebleed stops

After a nosebleed, for 24 hours try not to: