Lies and positive ways to deal with them 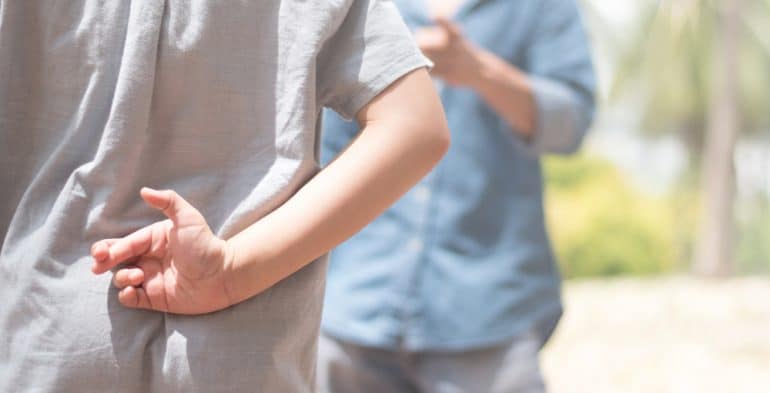 Dealing with Children Who Tell Lies

What is a lie?

A lie is saying something that isn’t true when the person knows it’s not true.

Children generally lie as part of their development and the reasons change as they get older.

Why do children lie?

Some very young children do not realize that they’re lying. They tell imaginary lies which are a mixture of make-believe and reality. Such lies combine children’s rich creative playful side and their everyday lives. As children continue to develop and grow, these intricate tall-tales will pass away.

Next, young children lie to test adults or peers and see how they will react. This form of lying might be considered a social experiment. If kids get attention or feel rewarded, they will continue to lie throughout childhood (and perhaps, adulthood). Other times, children exaggerate or brag to make themselves sound superior or more important. They might fib to their friends about what newest video games or toys they have, or they might inflate the number of jumping jacks they completed in a contest. Kids even lie about their parents in an effort to impress or make or if they have shame surrounding them.

Normally, kids brag in order to obtain adoration and positive feedback from people who are important to them: friends, family, or teachers. It helps boost their fragile self-esteem to be the center of attention.

The most serious type of lying occurs when children lie to avoid punishment. Most young children will attempt to lie if they realize they’ve made a mistake or done something wrong and think lying will save them from undesirable consequences. If this type of lying isn’t noticed and actively discouraged, children will continue to use it through childhood and only get better at it.

How to deal with lying

The best way for parents and caregivers to discourage lying is to firmly, calmly, and patiently talk to their preschoolers about it. First, it’s important to make sure that children understand that their story wasn’t true and aren’t merely confusing reality and fantasy. Explaining to young children why it’s not acceptable to lie and how it can be hurtful is the best way to redirect the behavior. Stories such as the “Boy Who Cried Wolf” can be good ways to teach the dangers of lying to young children. Children need to know that to be trusted they need to be honest and that people who lie are not trusted and this can lead to problems when they are telling the truth but no one believes them.

As with any form of discipline, it’s very important that parents reiterate that they love their children no matter what, even while they are uncovering and correcting children’s lies. Some children may lie because they’re trying to gain their parents’ approval, while others may lie to prevent losing their good standing with their parents. As a result, ridicule or shame should not be used to combat preschool-aged lying; it may only promote more lying.

Practice what you preach!

Finally, as is the case with other discipline techniques, parents need to practice what they teach. If small children observe their parents telling “white lies” or huge false tales to other children or adults, they may become confused as to when they should or should not lie themselves. Secondly, if they see adults who are successful as a result of lying, they may learn that lying is a good thing, despite any consequences that parents may place on them. If you want an honest child it is best to be honest yourself. 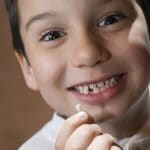 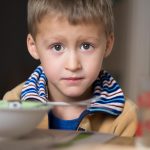