Phobias – fears and frights in children! 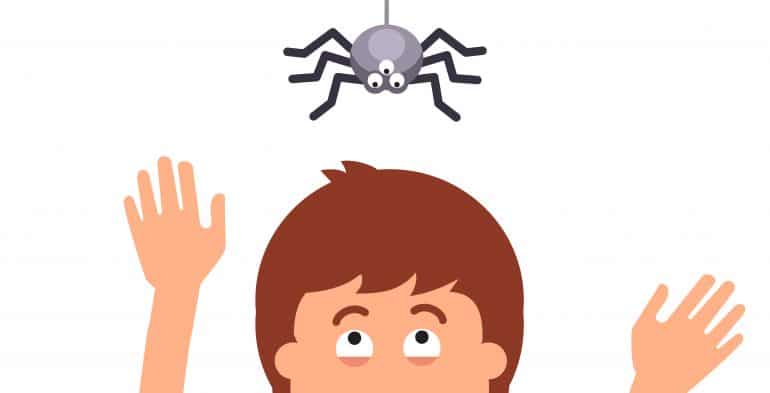 A phobia is an irrational fear. People with phobias feel and act frightened when they encounter something that is not dangerous or scary. People can be phobic of all manner of things – space, confinement, spiders, snakes even feathers or leaves can trigger phobic reactions.

Fear is a feeling that tells us very strongly to run away or hide. It is a very useful feeling sometimes especially if you live in the wilds and are surrounded by poisonous insects and snakes or lions and tigers.

Fear is an emotional state, but what you might not understand is that the feeling of fear is underpinned by physiology.

Humans have evolved with a mechanism called the “fight or flight response”. Essentially, when you encounter dangerous things like lions or bears your body puts you in a state of high alert. This gives you a boost so that you can fight harder, feel less pain, bleed less blood and run faster. Your body produces a surge of the hormone adrenaline and this is what puts you into fight or flight.

Fear is your mind and body’s reaction to danger.

In a phobia, this fear reaction accidentally linked to something neutral through some event, bad thinking or genetic programming.

If your child has a fear of spiders, it may be that nature has programmed their genes to avoid these because some spiders are in fact poisonous. However most spiders are harmless and the fear may cause more problems than it solves. This common phobia is called “arachnophobia”.

Fears can also be linked to neutral object just by happening at the same time. For example in the 1950’s the famous psychologist Watson did some experiments that would be illegal today, but demonstrate how phobias may develop. In this research Watson repeatedly showed a 9 month old child a toy white rat and simultaneously popped a balloon behind the baby’s head. Unsurprisingly the baby became “phobic” of white rats!

Other psychologists have shown we can become phobic just by linking scary feelings to objects in our thoughts.

What this means for your children

The good news is we have a really good understanding of what phobias are and how they are created. This means that therapists and counselors are in a really good position to help people with these conditions. So if your child is scared of something that is not really dangerous and it is causing you problems – take heart, we will be looking at some of the things you can do in the next article.