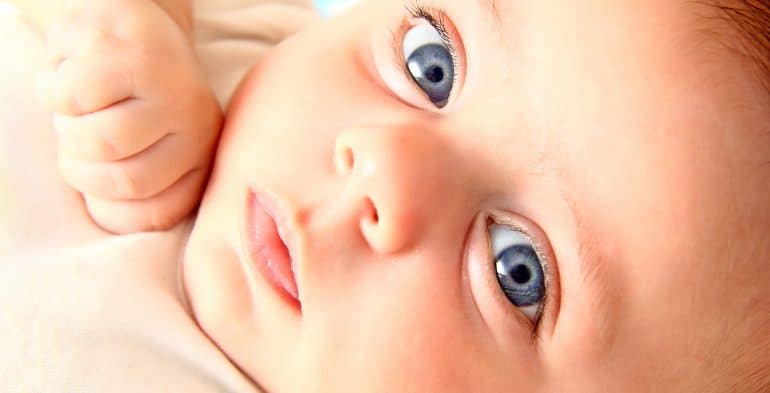 Paediatric cataract is a condition in which the lens of the eye is cloudy, either partially or completely. It can be a congenital condition, present at the time of birth or acquired later, developing after the birth. A cloudy lens can occur in one eye (unilateral) or both eyes (bilateral). There are many types of cataracts.  Some lens opacities are relatively minor and do not interfere with vision.  Other cataracts are large and cause significant vision impairment. The reported prevalence of childhood cataracts ranges from 1 to 15 per 10,000 children. The incidence is variable throughout the world.

Congenital cataracts occur in newborn babies for a number of reasons that can be related to genetics, intrauterine infections, metabolic causes, diabetes, trauma, and inflammation or drug reactions. Congenital cataracts can also occur when, during pregnancy, the mother develops infections such as measles or rubella, cytomegalovirus, herpes simplex, herpes zoster, or toxoplasmosis. Trauma is one of the most common causes of unilateral cataract in developing countries.

Symptoms of cataracts can vary from child to child, and may include:

Some children may not display any symptoms of cataracts as the child can often appear to function well even with reduced vision. Similarly with unilateral cataract, a child may not show any symptoms as the unaffected eye is used for all the visual tasks.

Children born with cataracts need highly specialized care. The timing of surgery for paediatric cataract is very important as development of the visual system is profoundly affected by visual deprivation caused by a cloudy lens. Early diagnosis and surgical intervention is critical to prevent irreversible amblyopia (lazy eye). In newborns with unilateral cataract, surgery should be performed as early as possible, usually within 3-6 weeks of birth. In bilateral cataract, between 8-12 weeks after birth.

Paediatric cataract (unlike in adults) is more complex and is associated with difficulties, not only intraoperatively but with post-operative visual rehabilitation. In a newborn, the eye is not only small but is more pliable and has half the tensile strength of adult sclera. Progressive improvements in surgical tools including operating microscopes and advanced instruments has helped make lens related surgical procedures much safer and more reliable.

Depending on the age of the child, an Intraocular Lens (IOL) can be placed in the eye during the initial cataract surgery – although typically not in patients less than 1 year of age, who are treated with aphakic glasses or contact lenses.

Children then need to have occlusion therapy (patching the strong eye) to help treat the stimulus deprivation amblyopia (lazy eye). 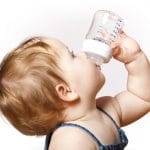 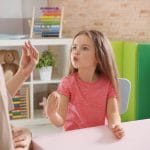 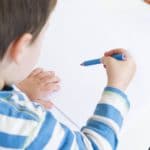 Gurkamal Punia Dasani, BSc. OT
Pencil grasps and when to use a grip… 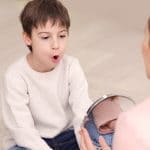 Meg Klien M.S. CCC/SLP
Speech and Language Therapy… How Can It Help?