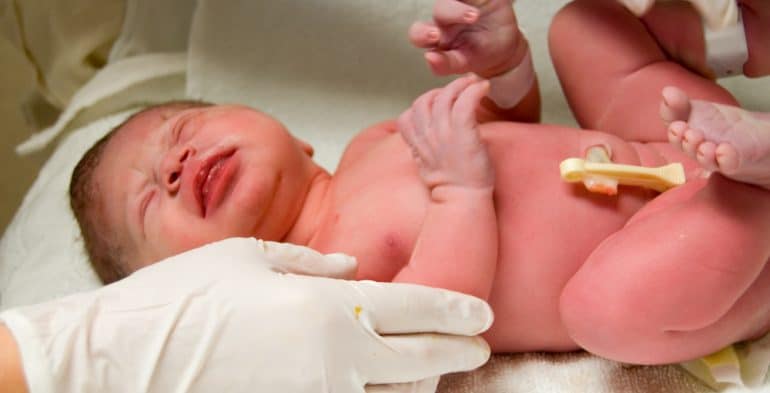 What is the Apgar score?

Most babies who are born at full term have a safe and uneventful transition from the womb to here in the outside world. However, some will need medical help, and a few will require extensive intervention, even resuscitation. To help them, doctors decided it would be a good idea to have a rating system for recording the condition of the newborn infant, and so, the Apgar score was invented.  It is a practical and reliable method for assessing a newborn baby.

How is the Apgar score measured?

The Apgar score is a number calculated by scoring the heart rate, respiratory effort, muscle tone, skin color, and reflex irritability (response to a catheter in the nostril). Each of these objective signs can receive 0, 1, or 2 points.

What does the Apgar score mean?

At one end of the scale, a perfect Apgar score of 10 means an infant is in perfect health. Conversely, an infant with an Apgar score of 0-3 needs immediate resuscitation. It is important to note that diligent care of the newborn is an immediate response to its health upon delivery. Doctors do not wait for the results of the score if they can see your baby is poorly!

When is the scoring done?

The Apgar score is done routinely 60 seconds after the birth of the infant and then is repeated five minutes after birth.

In the event of a difficult resuscitation, the Apgar score may be done again at 10, 15, and 20 minutes.

What does a persistently low score mean?

The persistence of low (0-3) Apgar scores at 20 minutes of age is predictive of high rates of morbidity (disease) and mortality (death). In term infants, the five-minute Apgar score is predictive of mortality but is not as precise a predictor for neurologic and developmental disabilities. In high-risk (prematurity, low birth weight, etc.) infants, Apgar scores are less sensitive regarding long- term predictions of mental and neurological health.

Why was the Apgar score invented?

The score is named after Dr. Virginia Apgar (1909-1974), who invented it in 1952. Having been on hand during thousands of successful births, Dr. Apgar wished to make sure babies were the center of attention. This is because at the time babies were dispatched directly to the nursery, often without much scrutiny or thorough checks. Apgar wanted babies to be assessed in an organized systematic way by the nurses in the delivery room.