Measles in Children: symptoms and treatment 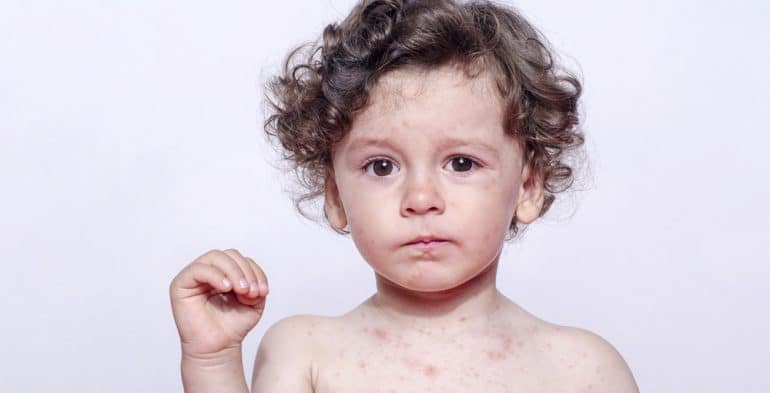 The diagnosis of measles is suspected in a child who has not received the measles vaccine and who, after coming in contact with a case of measles, develops fever, dry cough, running of the nose, and watering of the eyes.

The symptoms worsen as the days pass. After 3 to 4 days (a day before the rash appears), the child gets white spots, like grains of salt on a red surface (kop lick spots) inside the cheek opposite the first and second upper molar teeth. The rash appears the next day, first on the hairline and then spreading downward, starting as fine, slightly raised spots, which may join together to give a patchy appearance. The fever shoots up to around 39 degrees C.

The child can looks quite ill and may loses their appetite. They may even refuse water. The fever continues for about 3 days after the appearance of the rash, which lasts for 5 to 8 days. After the rash fades, the skin may tend to peel off.

How to differentiate Measles from other Illnesses

When a mother tells me that her child got a second attack of measles or he had measles after having received the measles vaccine, it is often a case of mistaken diagnosis. The child probably had or is now having a measles-like illness and not measles. This is a viral infection in which the child gets high fever as in measles, but does not look too sick and has very few other symptoms. After 3 days, the fever suddenly returns to normal to be followed the next day by a light red rash that is not raised from the skin. It spreads from the trunk or the face and then to the limbs and fades within a day. It may be noticed that in measles, the temperature rises as the rash appears and the fever continues for a few days more along with the rash.

There is no specific treatment. For any cough associated with measles, a homemade syrup of 2 parts of honey, one part of lime juice and a table spoon of ginger, is helpful.

Children with measles prefer to stay in the dark as bright light causes discomfort to the eyes.

Give your child any food they ask for; no food restrictions are necessary. Make sure they drink plenty of fluids including juice, and plain water..

Your child with measles is infectious to others from 1 to 2 days before the onset of illness to about 4 days after the rash appears. Keep him home from school and away from your other children. If the patient’s brother or sister has not had measles before, they should not be sent to school or any crowded place for 10 days. This is to prevent them infecting people they come in contact with.