Gastroenteritis in Infants and Young Children 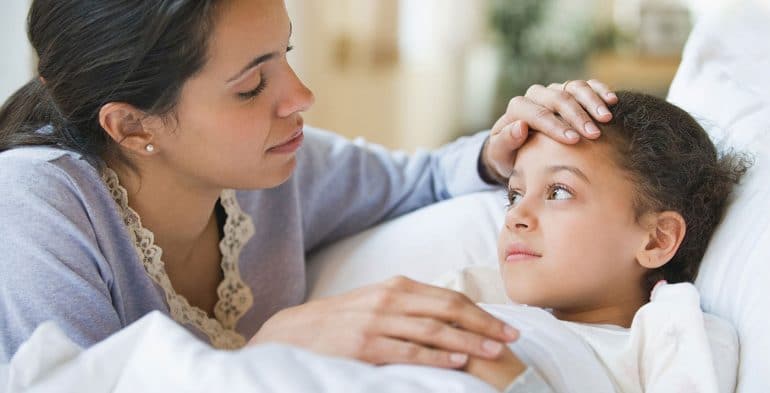 Gastroenteritis ranks with respiratory tract infections as the most common infectious disease syndrome in humans especially in developing countries.

It is one of the most common illnesses in developed nations in children between 3 and 24 months of age and is characterised by symptoms such as diarrhoea and vomiting, fever and general unwellness. Acute gastroenteritis is responsible for the hospitalization of approximately 1 in 50 children at some point during childhood.

Many germs including viruses and bacteria can cause gastroenteritis. Rotavirus is one of the largest causes of gastroenteritis, responsible for the hospitalization of more than two million children and over half a million deaths in babies and young children. More common in the winter months, Rotavirus is highly contagious and can cause outbreaks of diarrhoea and vomiting in pre-school settings and primary classes as well as in hospital. It can cause problems in any age group but particularly affects babies and toddlers.

The Symptoms of Gastroenteritis

Usually the child suffers from both diarrhoea (often watery but sometimes bloody) and vomiting. Sometimes these may be accompanied by a mild fever and tummy pain. The illness lasts anywhere between 3 and 9 days. The child can have more than 20 episodes of diarrhoea and vomiting within 24 hours so a lot of body fluid can be lost. Infants and young children are particularly vulnerable to dehydration so if a child is suffering from repeated episodes of diarrhoea and vomiting it is important to seek medical advice.

How Gastroenteritis is Spread

The infection is mostly spread from the gut to the mouth by poor hand hygiene practice. Rotavirus may also spread through coughing and sneezing as well as by contact with contaminated food, water and toys.

How to Help Prevent the Spread of Gastroenteritis

Keep the home clean by wiping surfaces and floors regularly. Clean the toilet and bathroom after use.

Hand-washing removes germs from the skin and prevents the transfer of germs from person to person. Make sure all who are in contact with the infected child properly wash their hands with warm water and soap. Keep towels clean and dry. Keep infected clothing, bedding, towels and flannels separate from the rest of the family.

Children with diarrhoea or vomiting should not attend nursery, playgroup or school until 48 hours have passed since their last episode.

Keeping a child hydrated is essential during any diarrhoea and vomiting episodes.

Low fever can be managed by keeping the child cool and the use of fever reducing medication such as infant paracetamol or ibuprofen as recommended by your healthcare professional.