Croup – in children and babies 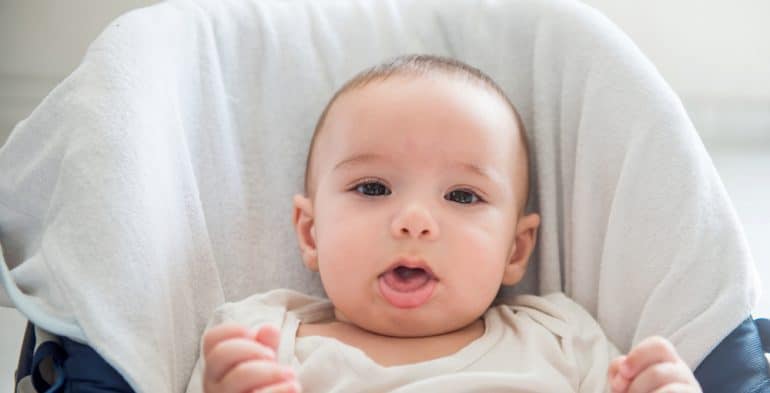 Croup is a childhood condition that affects the windpipe (trachea), the airways to the lungs (the bronchi) and the voice box (larynx).

Children with croup have a distinctive barking cough and will make a harsh sound, known as stridor, when they breathe in.

They may also have a hoarse voice and find it difficult to breathe because their airway is blocked.

The term ‘croup’ refers to an unusual type of hoarse cough. Doctors term it as ‘brassy’ or ‘croupy’ cough. It is often, though not always accompanied by stridor (noisy breathing), hoarseness of voice and difficult breathing.

Croup is due to an inflammation of the larynx (voice box) and trachea (windpipe). The inflammation may be due to a self-limiting viral infection, but also to a serious bacterial infection.

The common causes of croup are:

Spasmodic Croup
A croup without fever is not a serious disease, but can be very scary — both for the child as well as the parents. The disease usually affects children between 1 and 3 years of age.

The symptoms of croup can be quite worrying and confusing as a seemingly normal child with a normal temperature may suddenly present with a barking cough and noisy breathing. The child may appear very anxious and poorly and then suddenly become well again. This cycle can repeat throughout the night.

The disease occurs due to a viral infection. Allergy and psychogenic factors may play some role. There may be a history of similar episodes in other members of the family.

Steam inhalation is the best treatment. Sit with your child for about 20 minutes in the bathroom a little away from a hot shower or a bathtub or a big bucket filled with hot water. Let the child sit up till the doctor comes. Give them plenty of liquids, including water.

After the first attack, it is advisable to consult a doctor to rule out any serious disease.

Acute Laryngotracheobronchitis
This is a more serious type of croup and is caused by viral infection.

In this, fever is a prominent feature, besides the sudden appearance of croupy cough and noisy breathing. Unlike in spasmodic croup, the child’s condition rapidly deteriorates. The child appears extremely restless and scared.

This is more serious and you should seek medical attention. Show the child to a doctor and let him/her decide if hospitalization is needed.

Acute Epiglottitis
Acute epiglottitis is a bacterial infection. It is the most serious type of croup and needs urgent attention. It affects the lid covering the trachea (epiglottis).

Besides the symptoms mentioned above, the child has difficulty swallowing and drools. Within a few minutes or hours, the condition may worsen. Breathing may become very difficult. The child may become blue or even unconscious.

Children affected need urgent medical attention. They often need hospitalization where they will be given oxygen, intravenous fluids and antibiotics.